This is one of only three development and listening assessment units for the CD12/DA12 made by Marantz Japan using a Philips LHH1000 'mule'. It was used for product development in the UK by Ken Ishiwata and for listening tests conducted in the listening rooms of David Prakel.

Marantz CD12/DA12 development mule, based on the Philips LHH1000
How did you meet Ken Ishiwata?

I was a good friend and colleague of Ken's. I worked as a hi-fi reviewer for about 12-15 years before going 'pro'. I met Ken before the launch of the compact disc system in 1982. I met him on the North of England hi-fi show circuit - we immediately got on. Ken asked me to work on the Philips/Marantz brochures and catalogue with him. I used to visit him in Eindhoven for a Few weeks in February every year to get his understanding to write the material for the brochures and technical specs sheets. I helped sales training with Marantz sales teams too after I'd left the reviewing world. I corresponded with Ken until his death in 2019. We shared an interest in photography as well.

Marantz used your facilities to develop the Marantz CD12?

Yes it’s absolutely true to say that much (not all) of the development of the Marantz CD/DA-12 was done in my listening room. I know there were two, possibly three, LHH1000 ‘development mules’ that were modified by Ken and the Marantz team used for listening tests in various locations. I know the UK Product Manager had a sample player at home. The Marantz CD12 I have was gifted to me after the listening tests as because it was hand-modified and had been opened up tens of times it was considered unsaleable and a write-off. It gave me immense listening satisfaction and I rebuilt the drive three times during its 30-year life with me. 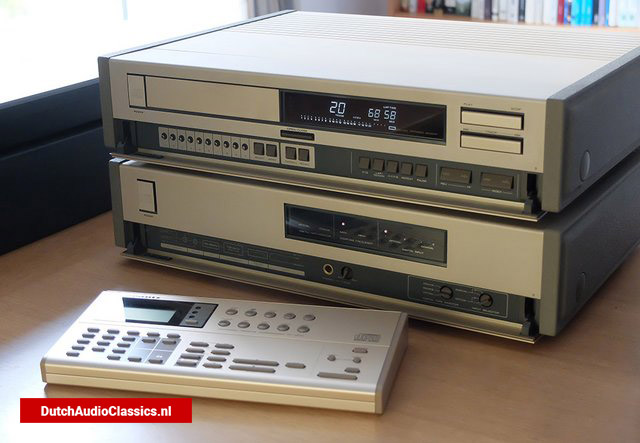 The Philips LHH1000 comprises three units - the LHH1001 CD transport, the LHH1002 Digital-to-Analogue convertor and an LHH1003 remote control. This LHH1001 transport has been modified to Marantz CD-12 specification and like the convertor has 'engineer's blueprint' Marantz labels on the Philips back panel.

The basis of the Philips LHH1002 convertor is the Philips's 16-bit, fourtimes oversampling chip set TDA1541, using the improved digital filter (SAA7220/B) and the top-grade dual-DAC chip, the "Golden Crown" TDA1541A S1. The DAC is 16bit 44.1kHz/48kHz switchable and was intended for use with DAT or CD transports. ELNA Cerafine caps are used throughout. Other changes were to jitter correction curcuitry, op amp selection as well as decoupling capacitors on the DAC.
How did the listening tests work?

Marantz UK hired my listening room. Ken would stay in a hotel local to me and he and the Marantz UK Product Manager would drive up from his home for a breakfast meeting at the hotel. We would walk back to my house and spend the day listening and modifying the CD players - capacitor changes but also grounding mods around the TDA1451 and component changes and grounding mods on the digital filter board.

There were three Philips LHH1000 'development mules' that were modified by Ken and the Marantz team used for listening tests. The Marantz CD12 was the last of many products that Ken Ishiwata worked on in my listening rooms - first in Central London, later in Tring in Hertfordshire. With the then Marantz UK Product Manager, Ken and I used the listening rooms to audition various modifications and alternatives - usually capicator choises. 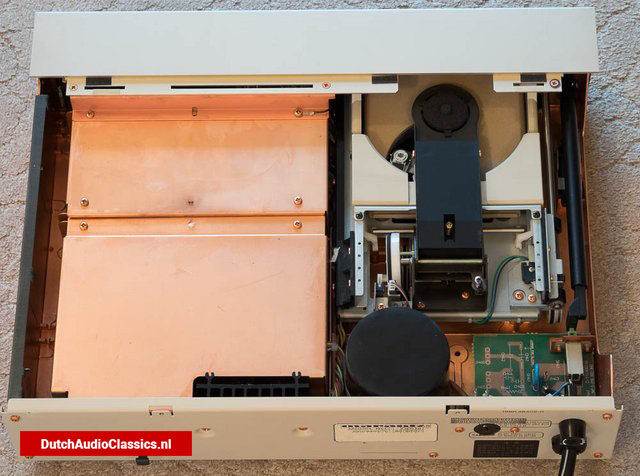 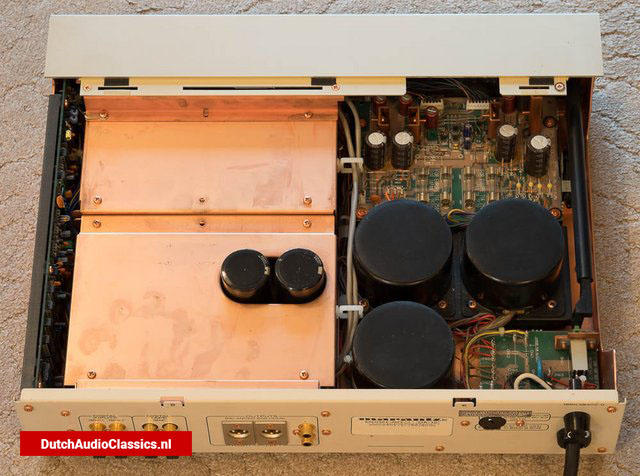 The back panels are hand modified to take voltage selector switches and the flying lead mains supply favoured by Ken Ishiwata - oxygen-free-copper cables are used for both units.

Listening was not a formalised process - Ken and I shared a common approach to listening and we got to know how and what each other listened for. We’d have a very informal familiarisation session listening to a handful of disc we regularly used and then changes would be made to the player and we’d listen and discuss what we thought were the changes, if it was an improvement or not. Ken would make pencil notes on circuit mods or capacitor values but we did not document any of the process photographically or otherwise.

I do remember two CDs we particularly used were Shostakovich Symphony No.5 - Concertgebouw/Haitink on Decca and Sting’s Dream of Blue Turtles. Ken was always keen to hear what I was listening to and reviewing on the music front his tastes leaning towards jazz and mine much more towards the classical. We all had very wide musical ‘tolerances’ despite our individual tastes.

During the listening tests, one engineer would take notes (I later found out mainly of my reaction to changes!) and one would make the component changes. The CD12 was almost stock LHH1000; most work was in the DA12. So it would be Ken wielding the soldering iron - for many years I had a coffee table with a drawer full of unused Cerafine caps. We'd often have an evening meal together, in a local restaurant (Italian favoured as it covered all our tastes!).

Why did Marantz choose the Philips LHH1000 as a base for the Marantz CD12?

At that time Philips in Japan was seen as a brand that would sell to professionals and recording studios. The Marantz product was developed for audiophile sound quality for international sales. The Philips LHH1000 came first - produced in Japan where Philips was the ‘pro’ brand. The Marantz CD12 was a Philips LHH1000 modified for production. 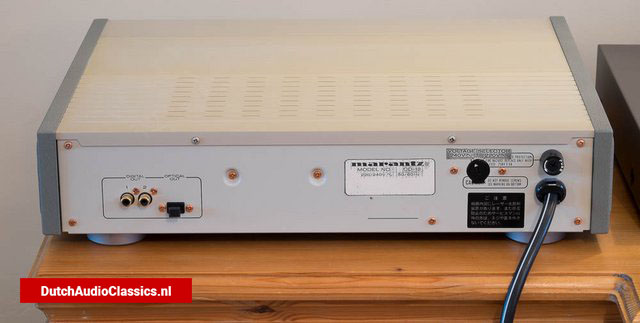 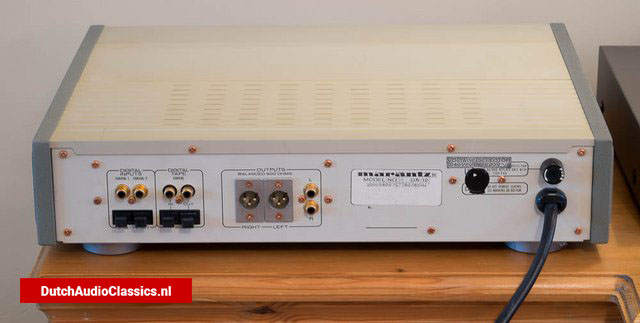 What was Ken Ishiwata's secret?

A lot of the changes Ken would make for your ‘privately’ would not be suitable for mainstream product - beyond my understanding but he removed a lot of components in the analogue output stages and ‘directly coupled’ the drivers to your Line In. I had a lot of those kind of mods done to my Marantz CD63B which I let go to a Japanese collector.

The other thing Ken was very keen on (it did nothing for the longevity of product) was to run things very hot. He said to me once “Want to know why coffee is crap in the UK?’ (You have to bite don’t you) ‘It’s because you use 220V hotplates on a nominal 240V system - you don’t make coffee machines in the UK so the coffee is always kept too hot after brewing’. He chuckeld and said ‘however you can run your UK spec 220/240V Marantz amp set to 220V on a 240V feed if you want it to sound better - in the short term’.

I don't know if he allowed operating temperatures to be higher in the LE specced models but it would be a thought. A lot of what was done to KI editions was component tolerancing rather than circuit mods - black Cerafines rather than red if I recall. This, and Ken's choice for the so called TDA1541 'double-crown' chips for his Limited Edition CD12 is where all the mystery lies. 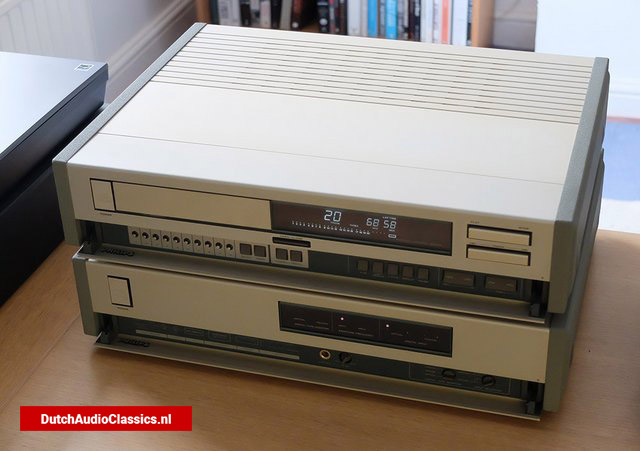 David was born and schooled in the North of England. After gaining a BSc in Psychology at the University of Manchester, he enjoyed a successful and diverse career as a freelance journalist and magazine editor, publishing and computer consultant, trainer and music critic. His 1987 book Rock on CD sold well both in the UK and US (as Rock’n’Roll on CD).

He worked as a hi-fi reviewer for about 12-15 years before going 'pro'. Ken asked David to work on the Philips/Marantz brochures and catalogue with him. He used to visit him in Eindhoven for a Few weeks in February every year to get his understanding to write the material for the brochures and technical specs sheets. He helped sales training with Marantz sales teams too after he'd left the reviewing world.