Since the arrival of the compact disc 25 years ago, Ken Kessler has listened to scores of CD players in his system. He's kept two: one a tweaked two-box combo that now sells for more than it did when unveiled in 1996, the other the world's first player to feature a valve analogue output stage. Want to know which players they are? Read on ... 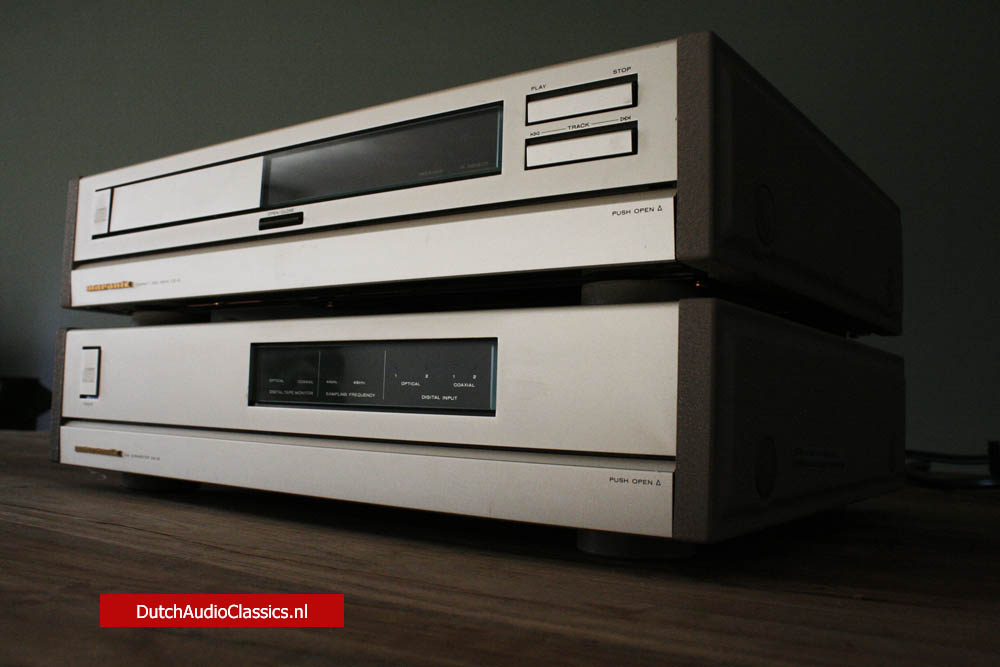 While Paul Miller was writing his epic history of CD [see p94J, it occurred to me that very few players have stayed for long stretches in my system. Over 200 have been through my hands - nothing when you consider that there may have been as many as 5000 different models since the format's launch - and one that still serves me well is Marantz's CD-12/ DA-12 of circa 1989. Using it brands me a Luddite because the Marantz is a 16-bit player with a Philips COM 1 transport. It should have 'died' a decade ago. It is. in generational terms. positively primordial.

And yet ... while the Marantz appears primitive when compared to players boasting niceties like upsampling, it also seems prescient. At a time when few others did, it employed three power supplies in the standalone DAC, and exhibited build quality that denied any feelings of transience as regarded CD's longevity. It offered single-ended and XLR balanced outputs. Toslink and coaxial outputs and plenty of spare inputs on the DA-12 DAC, as if foreseeing the need to accommodate other digital sources. That was nearly 20 years ago.

Meridian's estimable John Bamford visited my listening room and marvelled at the sound of the CD-12/ DA-12, while showing concern for the inevitable demise of its mechanical innards. It was the still-functioning state of the CD-l 2 as much as the lush, liquid sound that impressed him.

Mine was one of the handful tweaked in 1996 by no less than Ken Ishiwata, who found a stash of 'Double Crowns' to replace the 1541 converter chip. Ken hand-selected, measured and personally auditioned the 'Double Crowns', seeking the best linearity. New decoupling capacitors were fitted, output op-amps and power supplies were uprated and numerous elements were replaced with superior types. The results were, as I wrote. 'mind-boggling, the performance on a par with black vinyl: Apparently, only 500 CD-12/ DA-12s were sold in Europe. They cost £2500 back in 1989; they now change hands for up to £4000. Why? Because they are among the finest-sounding CD players ever produced.

The Marantz replaced my first 'reference' player. Memory being what it is, I'm sure that some will contest my telling of the California Audio Labs Tempest tale. What I certainly recall is a conversation with Neil Sinclair, later of Theta, at CES in Chicago in 1985. toying with the idea of fitting a valve stage to a CD player. The following January. CAL appeared with the world's first valve analogue output-stage CD player, the Tempest. Whether I inspired Neil or not may strike some as a wild boast, but Neil, too, recalls that moment. I would like to think it was the one thing I contributed to high-end audio, because many valve CD players since then have been through my listening room, and I loved a fair few. But CAL did it first.

That player and its successors, the Tempest II with outboard power supplies and the IISE with improved Burr-Brown PCM58 DACs. were used consistently prior to the arrival of the Marantz CD-12/ DA-12. What they did was remove a lot of the artifice that marred early CD playback. And no less than Ken Ishiwata told me that he used the Tempests as yardsticks when voicing the CD-12/ DA-12. Which explains why I fell in love with the latter. Which was convenient: the Tempest was never reliable, and mine has been sitting in a service bay for a decade, three top engineers having given up on it. so screwy was its circuitry. But when it worked, it was magical. And I featured it in 1999 in Hi-Fi News' list of the greatest audio products of all time.

I can't pretend to know what the unit sounds like compared to the best of today's players, and I certainly preferred the Ishiwata-tweaked CD-12/ DA-12 to the Tempest IISE. But if you get the chance to hear either the CD-12 or the Tempest. you'll regret ever saying that CD sucked.