This is an interesting picture of a Philips F8423 cdplayer, which actually is the Philips CD300 cdplayer.

Apparently Philips wanted to apply the F-series model numbers also for the F-series cdplayer, but wisely they skipped that and used 'CD' modeltype, which resulted in the Philips CD300.

The photo was published in the German summer 1983 brochure. 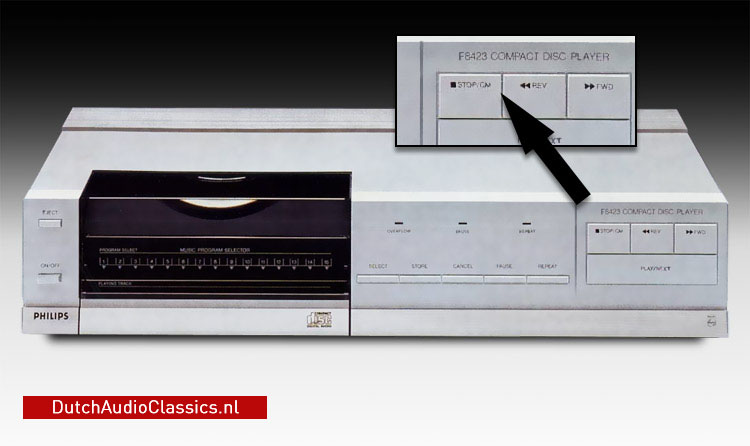