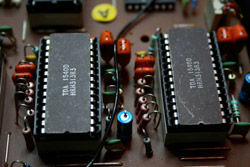 "Desperation is the Mother of Invention." Isn't that how the proverb goes? Certainly it applied ten years ago in the case of the Philips engineers working on the development of the Compact Disc system. Given a specification that had included a 14-bit data word length, they had duly developed a 14-bit DAC chip, the TDA1540, only then to be informed that the CD standard decided upon after Sony joined forces with the Dutch company would involve 16-bit data words. (Thank goodness!)

Philips having already committed the 14-bit design to silicon, they would not have a 16-bit DAC ready in time for the medium's launch in the Fall of 1982. They were thus faced with the problem of squeezing four times the resolution from their existing 14-bit DAC. The result was an ingenious digital filter that combined 4x-oversampling and noise-shapingÃ¢â¬âthe latter is effectively a digital feedback loop, the error produced when the filtered digital data are truncated to 14 bits being fed back to the beginningÃ¢â¬âto give a digital system with full 16-bit resolution. 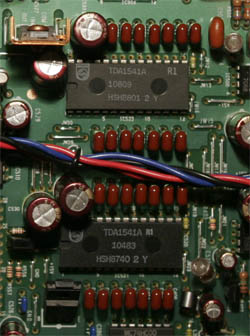 Philips's true 16-bit DAC chip, the TDA1541, followed in 1985, but the seeds of ingenuity had obviously been sown: if the combination of oversampling and noise-shaping can increase the resolution of a DAC using too few bits, then why not go all the way and implement a system that used a simple 1-bit DAC and make up for the shortfall in resolution by taking the oversampling, noise-shaping process to the limit?

The result was a D/A system, internally referred to by Philips as "DAC3" (the two earlier systems were DAC1 and DAC2, of course), which was introduced in the summer of 1989. I discussed the design of the system in detail in June 1989 (Vol.12 No.6, p.57), but briefly, the SAA7321 DAC3 chip massively oversamples the input data at a 256x rate, interpolating the new sample values to produce a 17-bit datastream sampled at 11.02MHz (footnote 1). The data words are then fed to a 1-bit DAC, with the 16-bit error fed back in a noise-shaping loop. Mathematically, this shouldÃ¢â¬âand doesÃ¢â¬âresult in the pulse stream output by the DAC having the full 96dB+ dynamic range of a conventional 16-bit system. But unlike multibit systems, this "Bitstream" DAC is inherently linear and monotonic over its entire rangeÃ¢â¬âthe reasons why were given in Peter Mitchell's "Industry Update" in January 1990 (Vol.13 No.1, p.36)Ã¢â¬ârequiring no laser-trimming of on-chip resistor values or in-production adjustment of linearity, both of which add to a CD player's manufacturing cost, hence price.

I was told by Philips last year that the Bitstream DAC was therefore intended to be used in low-cost and portable players, the company saying that they would remain with their TD1541-based chip set for high-performance players. Very rapidly, however, once designers had tried the Bitstream approach, it became apparent that, correctly implemented, it could surpass traditional D/A conversion in the preservation of low-level detail. (Even Philips has now introduced a Bitstream player, the LHH500.) 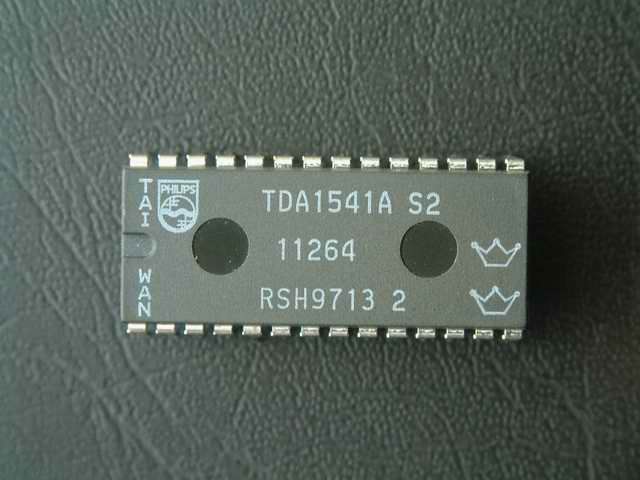