Polygram demonstration compact discs were issued by Philips through its Polygram Records affiliate. These samplers were issued to promote the new Compact Disc format.

The world's first mass production of Compact Discs began in Langenhagen, Hanover, West-Germany On August 17, 1982. These sample Compact Discs were not for sale and the purpose was only to demonstrate the Compact Disc format.

Polygram had started CD production in 1982, making 400,000 discs in that year. The following year that had increased to 6 million, in 1984 it was 13 million, and in 1985 output reached 25 million. With a further doubling of production in 1986, PolyGram accounted for around one-third of world CD supplies. In mid-1985 PolyGram was the largest CD producer, and in second place was CBS/Sony in Japan.

The OD&ME 'From master to ready packed disc' is a rare 1988 CD issued by Optical Disc Mastering Eindhoven to advertise the CD Monoliner. This CD has been produced on the line production system for Compact Disc, called the CD Monoliner.

From the sampler inlay:

Welcome to the Digital Age

Developed by Philips in the early 1980's, the Compact Disc has proven to be the most influential revolution in recording technology since Edison invented the gramophone.

These sleek 12 centimetre discs are truly portable, can store up to 70 minutes of music, and offer a lifetime of listening that captures the clarity and dynamic range of a live-performance, all free of the surface noise, wear and distortion that plague vinyl albums.

Like conventional analog recording, music destined for Compact Disc is stored on magnetic recording tape. Yet the musical signal is digitally translated into a binary code, an infinitely long string of zeroes and ones. Using a laser beam no wider than a grain of salt, this binairy information is etched in over 8 billion 'pits' onto a master disc. Copiess of this master disc are then coated with a microscopic layer of aluminum - which provides the Compact Disc 'shiny', mirrorlike - and a protective, clear plastic lacquer.

At home, the small laser pickup in a Compact Disc player scans the 'pits' encoded on the spinning disc, translating them first into zeroes and ones, and finally into a musical singal that can be amplified by any normal stereo system. Thus Compact Disc technology, while uhering in the digital age, is perfectly compatible with exciting analog audio components.

Because the Compact Disc spins at rotations close to 500 rpm, it can deliver up to 90 decibels worth of unparalleled dynamic range with less than 0,05% total harmonic distortion. There is alos no contact between the Compact Disc and the CD player, which makes wow, flutter, rumble, surface noise and skipping styli things of the past. No more will you grind your teeth at the snap, crackle and pop in the middle of Beethoven's Ninth, or endure the annoying warp in your copy of Let It Be.

Because of its protective coating, the Compact Disc is impervious to scratches and will not break. Fingerprints and dust can easliy be wiped off. With proper care, a Compact Disc will provide the same aural clarity, portability and enjoyment for as long as you own it. 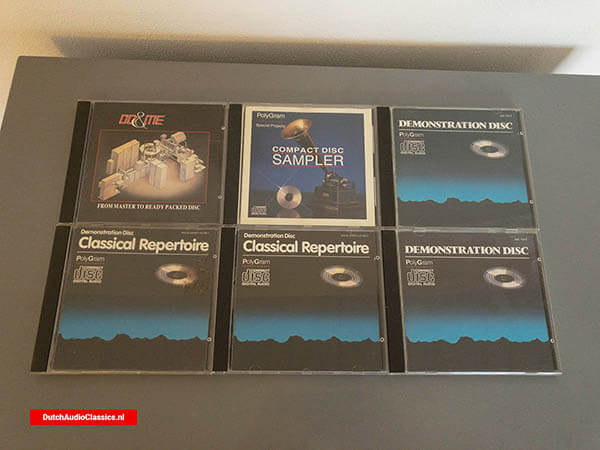 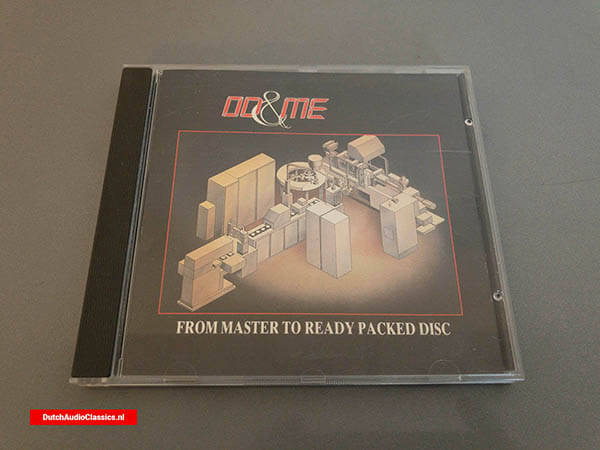 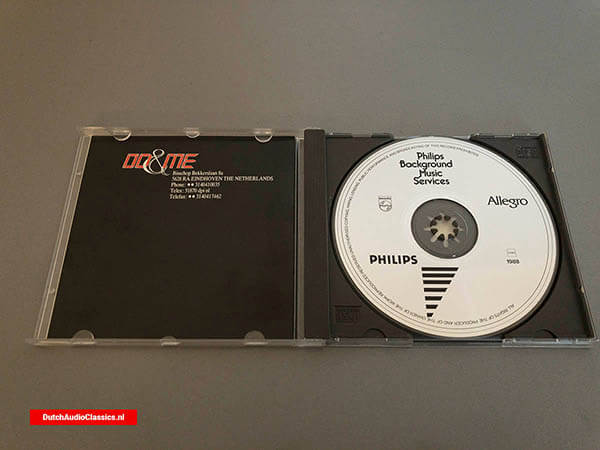 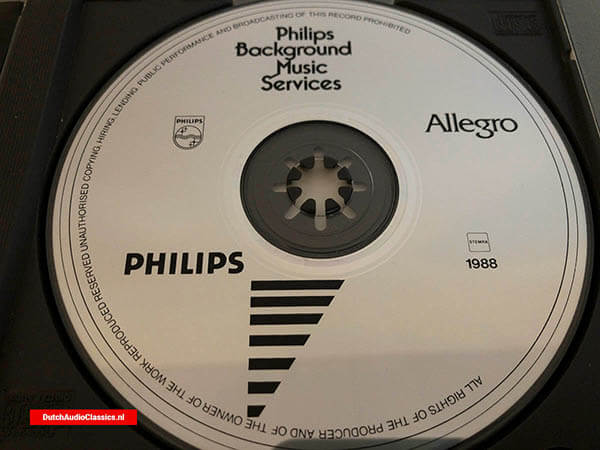 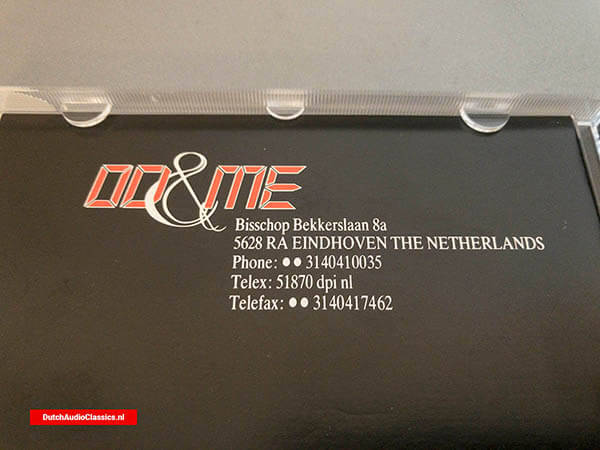 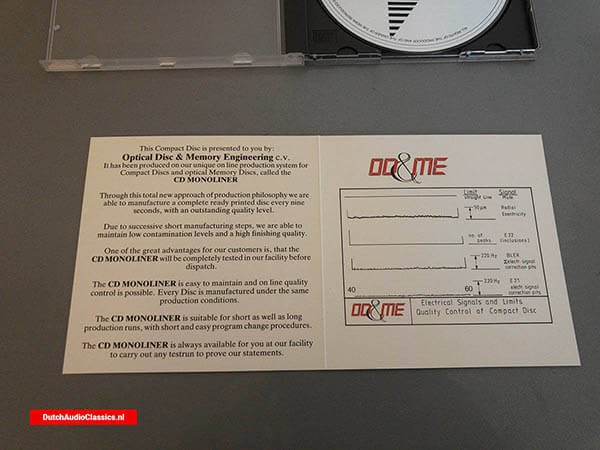 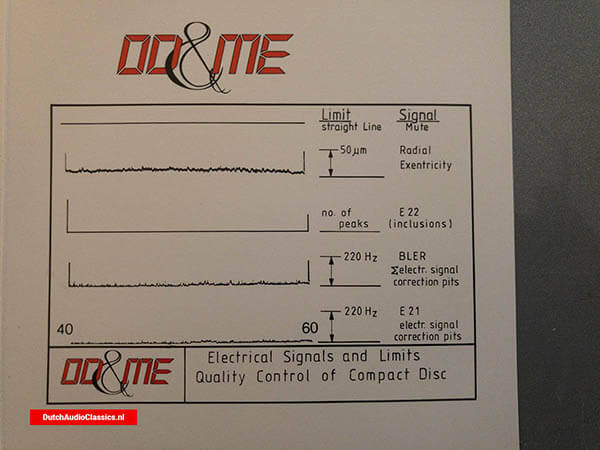 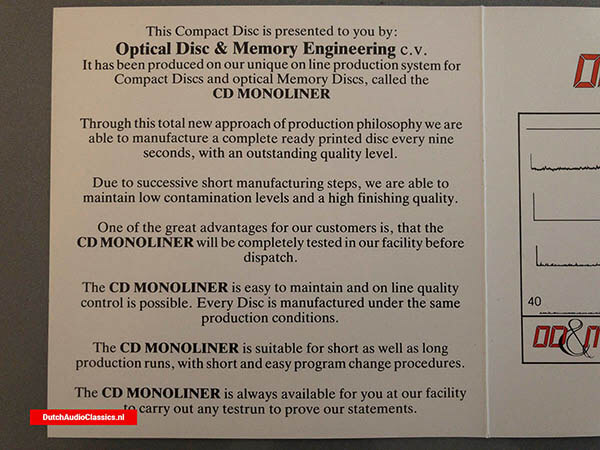 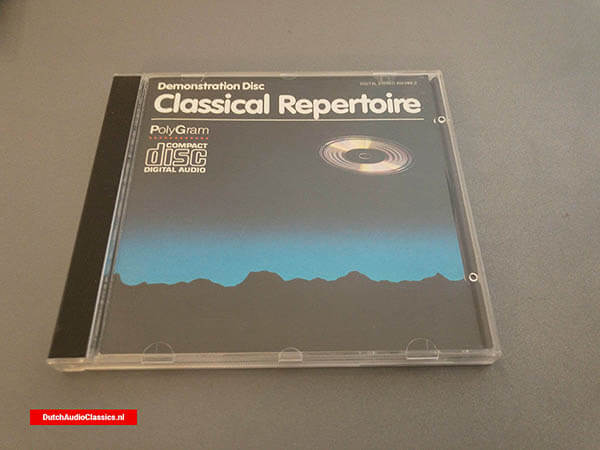 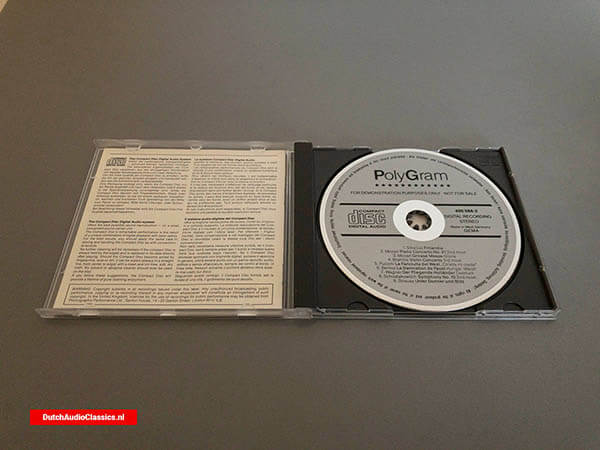 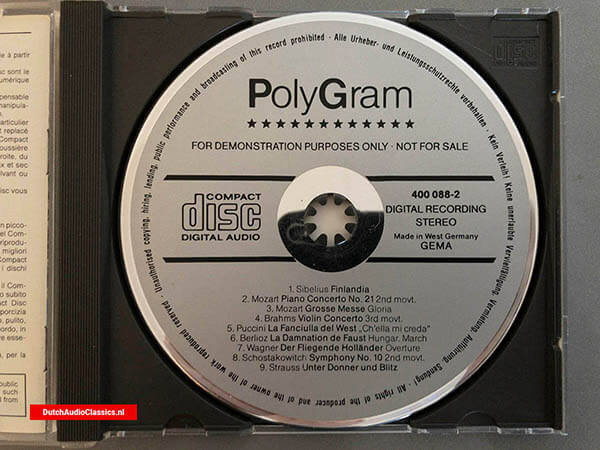 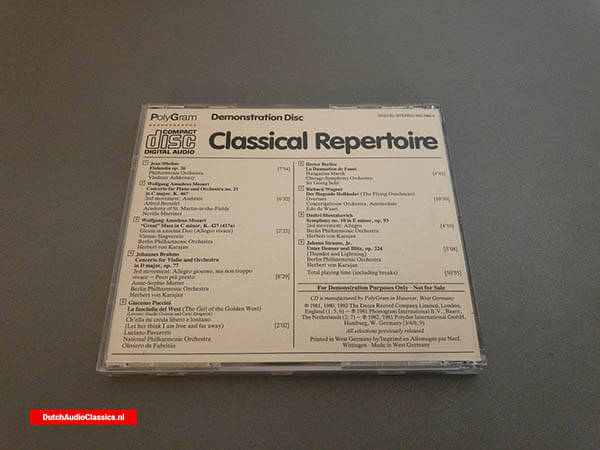 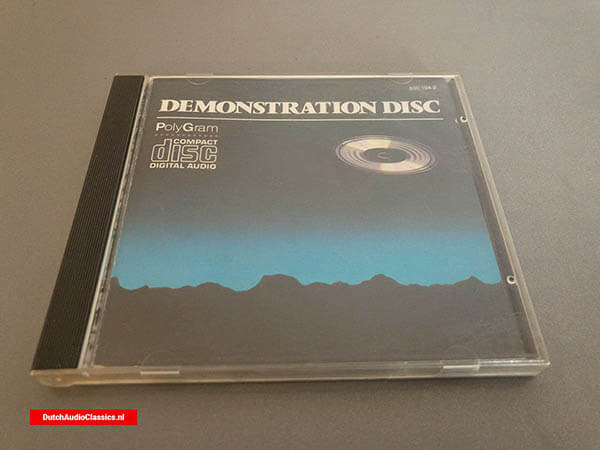 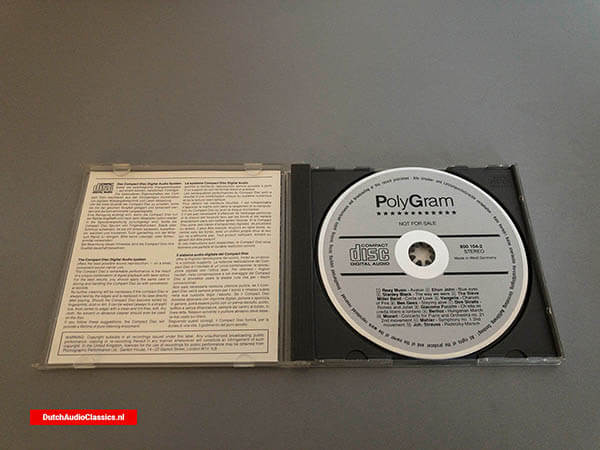 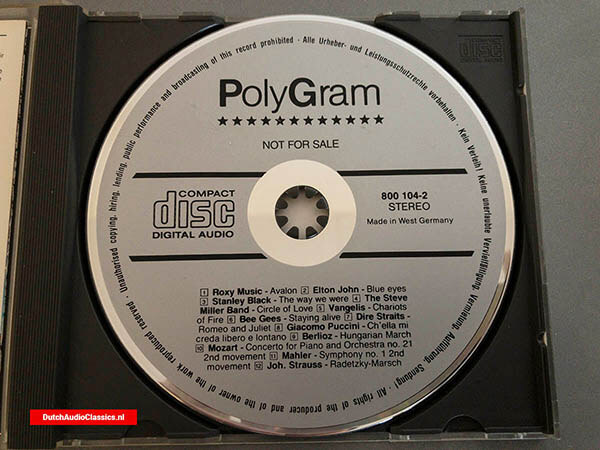 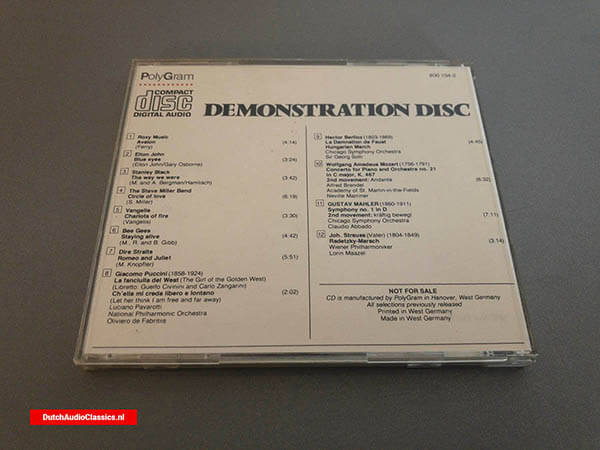 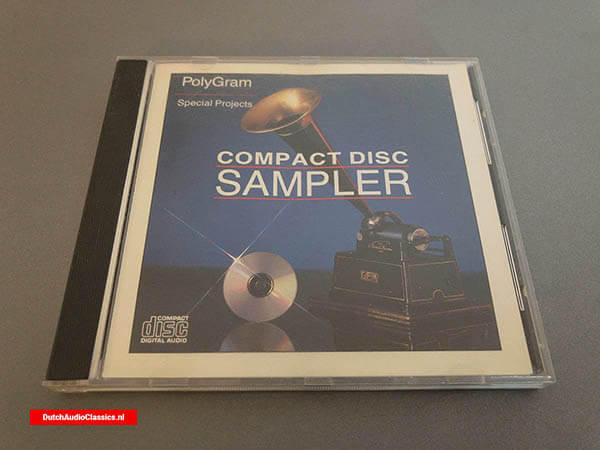 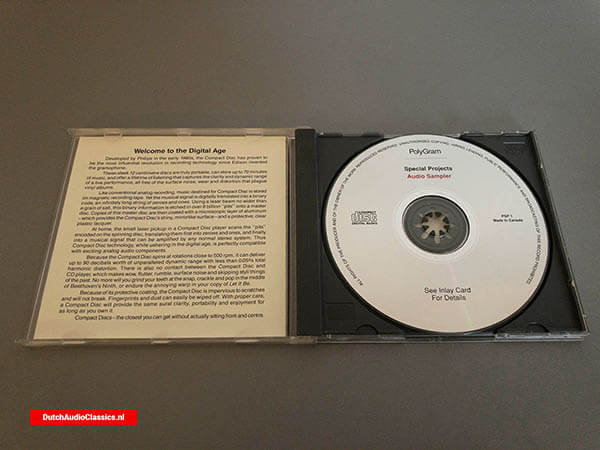 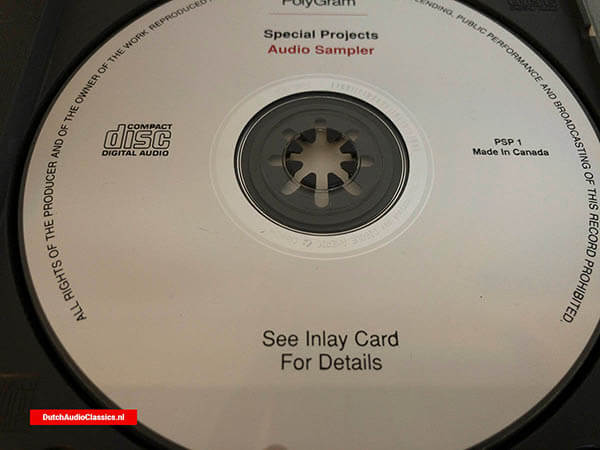 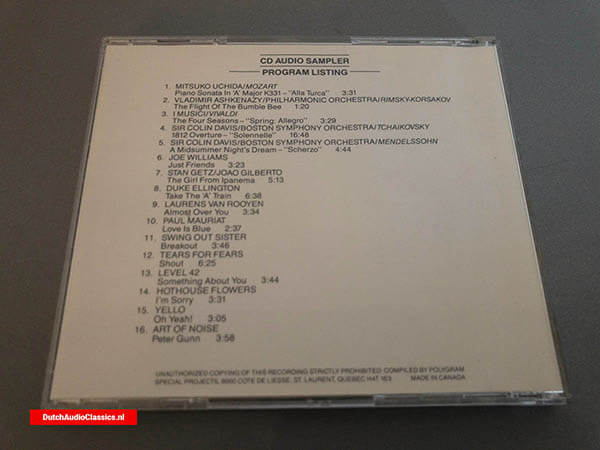