When two years ago at the Berlin Funkaustellung the Compact Disc player was presented as and prototype with a future, only the experts spoke of a breakthrough in sound. After all, for the first time the gramophone record could be replaced. At that point, the most popular sound carrier had lasted more than a hundred years, if you take Edison's phonograph and wax reel for a moment.

With electric recording, long-playing, and stereo recording, the phonograph gained such popularity that no one can imagine a world without record music. Yet in a sense, these improvements proved to be the continuation of an old theme. Although records were pressed from vinyl after 1950 - and thus became practically unbreakable - they remained easily damaged. A lot of LPs ended up in landfills as unplayable because a fat scratch totally spoiled the musical enjoyment.

The Compact Disc did away with that for good. Breakthrough number one: there is no more mechanical contact, no needle, sapphire or diamond. Damage is therefore hardly possible anymore, especially in the playback device. Breakthrough number two: the new principle of light beam scanning made it possible to record sound waves no longer simply as sound waves, but in a much more complicated, very much more precise pattern of numerical sequences: computer language.

With that, all "un. heard possibilities came within reach of humanity. A much better, wear-resistant reproduction quality was born and almost immediately accepted. A Philips spokesman estimates that the number of players sold to consumers at the end of this year will be between 15,000 and 20,000 units, counting all the brands represented in the Netherlands. This will involve (assuming 17,500 units at an average price of /2,100) almost 37 million euros.

It is hardly likely that in 1998 ordinary gramophone records will still be available, although there are futurologists who estimate that the Compact Disc will not make it that year either. By then, we will be buying a "long-playing record," or rather a piece of music the length of an hour in the form of a "chip. A chip is an electronic memory that by then seems to be able to hold all the music information with ease. 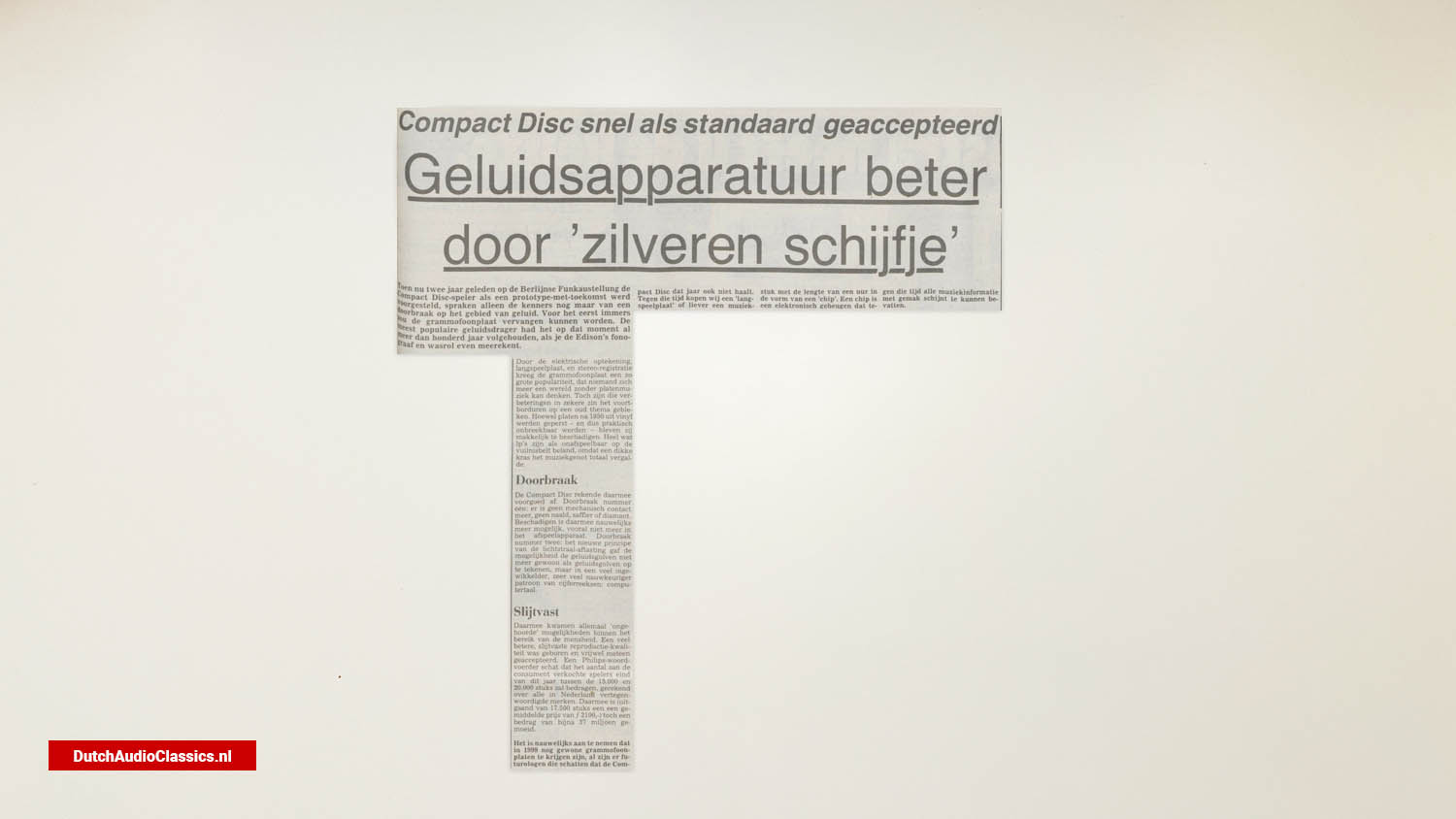