EINDHOVEN -Philips plans to reduce the number of jobs at its optical components department (the Business. Unit "Optics") in Eindhoven from 135 to 78 in the coming months. The company aims to avoid forced layoffs by transferring redundant employees internally or helping them find suitable new jobs with another company.

The business unit in question makes lenses for compact disc players, among other things. According to a Philips spokesman, the reorganization is necessary because of reduced demand for optical components. Although sales of CD players are still increasing, there is overcapacity in optical components worldwide.

According to J. Cuperus, director of the FNV industrial union, Philips' motives are perfectly clear. "There is very fierce competition in this sector. That results in a price war. Philips is switching to a different technick to make cheaper lenses. This requires fewer personnel".

According to Cuperus, if Philips is willing to look for creative solutions, it should be possible to avoid forced layoffs. At Philips, reorganizations have been initiated or announced in several Dutch plants (including the proffactory for audio and video equipment in Eindhoven) in recent months. In some cases these have included forced redundancies.

Within the trade union movement, irritation has recently arisen over the lack of openness shown by Philips in its interventions in staffing levels. In a recently published discussion paper, the industrial union FNV expressed the fear that 400 to 500 jobs will be lost at Philips in the Netherlands over the next four to five years. Philips immediately denied these estimated job losses, but did admit that throughout industry, including Philips, there is a gradual replacement of lower-skilled by higher-skilled personnel. 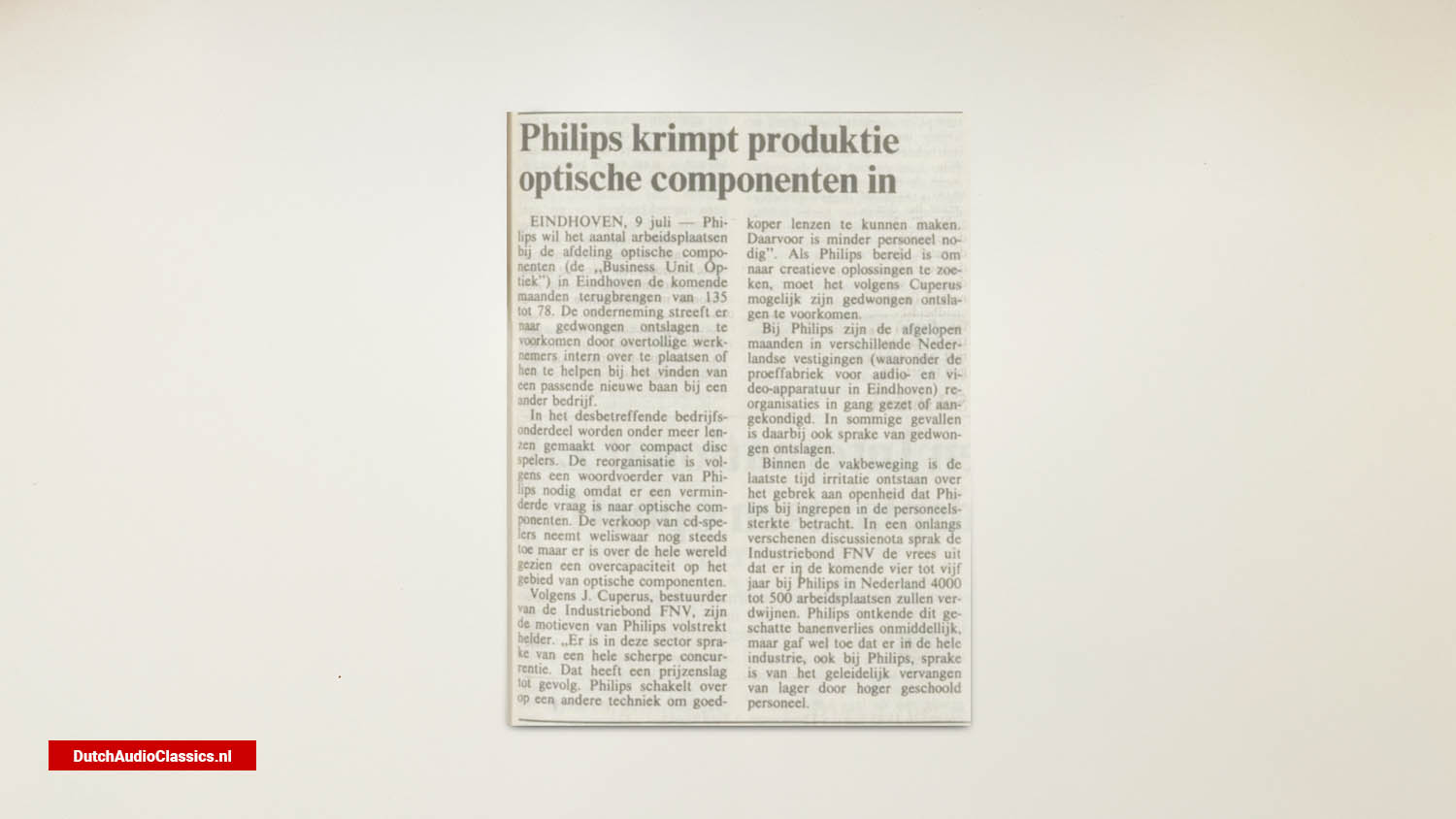