'Philips and Sony team up in new cd system'Monday, November 9, 1987

ROTTERDAM -Philips and Sony have agreed on a standard for a new compact-disc system that can provide music or data to a blank CD record once. The new system is expected on the market in 1989. This so-called "CD-write once" system allows users to create a compact disc for their own use. It is intended for professional use of the CDs as data storage for computers and audio recording in professional studios.

The system to self-record a compact disc once is a next step after the current, passive use of factory-made CDs, for which Sony and Philips also set the standard at the time. But the new system does not yet have the potential for consumer use, according to a spokesman in Eindhoven.

The agreement between Philips and Sony only covers the basic specifications. The details must be worked out early next year, after which licensees can be briefed on the new system. Sony and Philips have now agreed to use the same characteristics in track format and track tracking on the discs.

For consumer use, the recording system is far too expensive, said a spokesman in Eindhoven. But Philips is not keeping the new system artificially high in price to prevent consumer use. "Market-wise that is impossible," said a spokesman, "because then there are always competitors who will undercut it in price." Philips is also working on a CD system with which music can be recorded multiple times on a disc. In this the concern does foresee possibilities for consumer use. 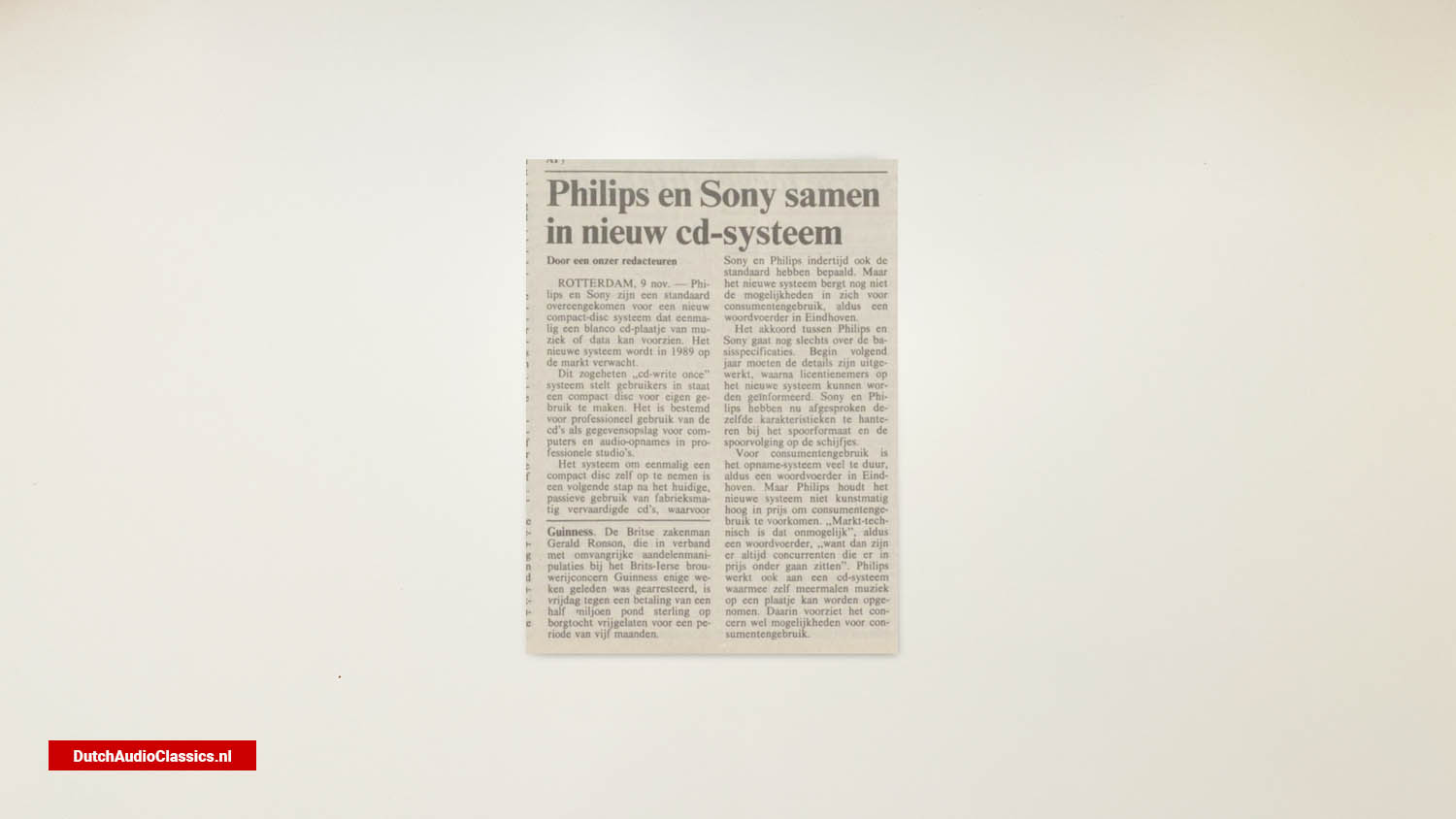