HASSELT - At the compact-dise department of the Philips factory in Has-ielt, 130 jobs will disappear very soon. 62 of the € dismissed employees will be offered temporary contracts in the Prints Department, where a total of 125 jobs will be added. On Tuesday evening aat some 60 employees of the compact-dise department left work to protest this arrangement.

Originally, the Philips management in Hasselt did not want to give all 130 employees with temporary contracts, who became redundant due to the new work schedule, a new contract. After negotiations with the unions, it was agreed that those temporary staff, who had been working in the department since 1985, would be transferred to the print department in September. There, 125 new print processors could be put to work, allowing 62 workers to be transferred, but the rest are out on the street. 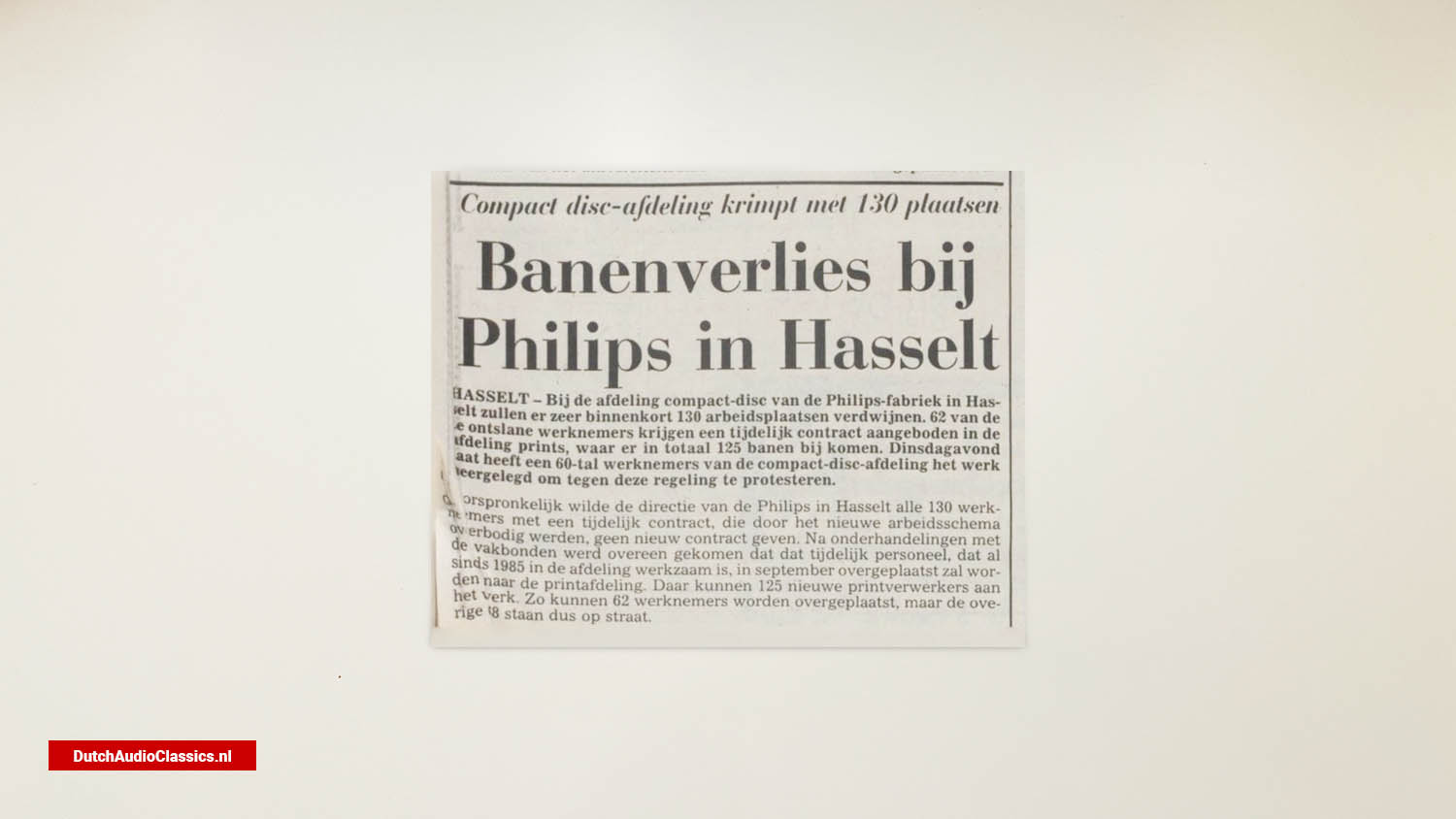