Thursday evening in the NOS music pavilion in Hilversum, the compact disc playback system Philips LHH2000 built by Philips was symbolically handed over to manager Lohman of the NOS radio production division. The use of the compact disc in radio broadcasting has reached considerable proportions in the more than three-year existence of this medium. The compact disc is expected to eventually supplant the phonograph record entirely, according to Lohman.

The NOS' phonographic library has some three thousand compact discs. The consumer CD players did not meet the requirements of the NOS. In a year and a half Philips, together with the technicians of the NOS, developed a CD player that meets all requirements. "Our people are very happy with this device. It is the first time we have cooperated with Philips in this way."

"Sony didn't see anything in it. They said when we came up with suggestions for changes: this is our device; you can take it this way or not. Now they regret it. They recently stopped producing the professional compact-disc player.

"Philips did have an ear for our proposals. First we came up with a laundry list of suggestions. Our people have gigantic practical experience, which Philips lacks. There is a lot of 'know how' at the facilities company," said a senior NOS man. 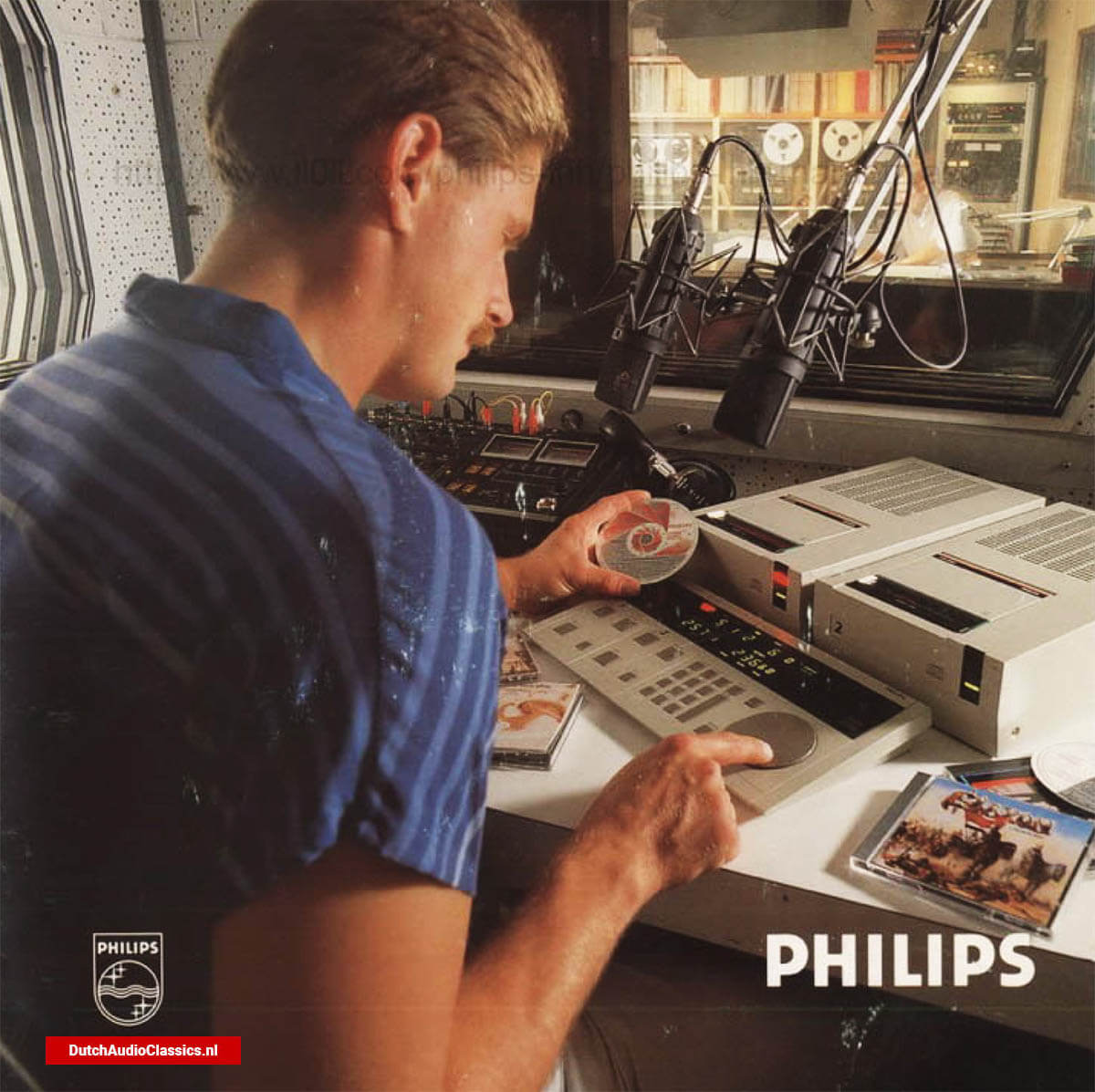 Instead of NOS selling this know-how to Philips, they are participating in the development of the new device for free. The NOS engineers spend a lot of time on it, which the NOS pays for. "We did indeed pay full price to the factory in Eindhoven: 26,000 guilders per compact disc player", said Lohman.

The NOS technicians are happy, because they have the machine of their dreams, the facilities company is proud and Philips is pocketing the pennies, because the LHH2000 is selling well, according to Mr. Harmsma, marketing manager group audiovisual resources at Philips.

The LHH2000, according to Mr. Harmsma, can be found, among others, at the Wereld Omroep, Radio Brabant, the NDR, the WDR, the BBC and at a large number of radio stations in Japan, Canada and the US.

NOS now has six LHH2000 machines, but that, says NOS operations manager De Haan, is far too few. "There should be forty. A not insignificant investment that they want to make despite the cutbacks. After all, it is important that our company keeps up with the times," said manager De Haan. "The NOS is a very good customer of Philips," thinks manager Lohman. There are no discounts for this professional equipment. I think that will change in about three years, when the facilities company has become an independent N.V." 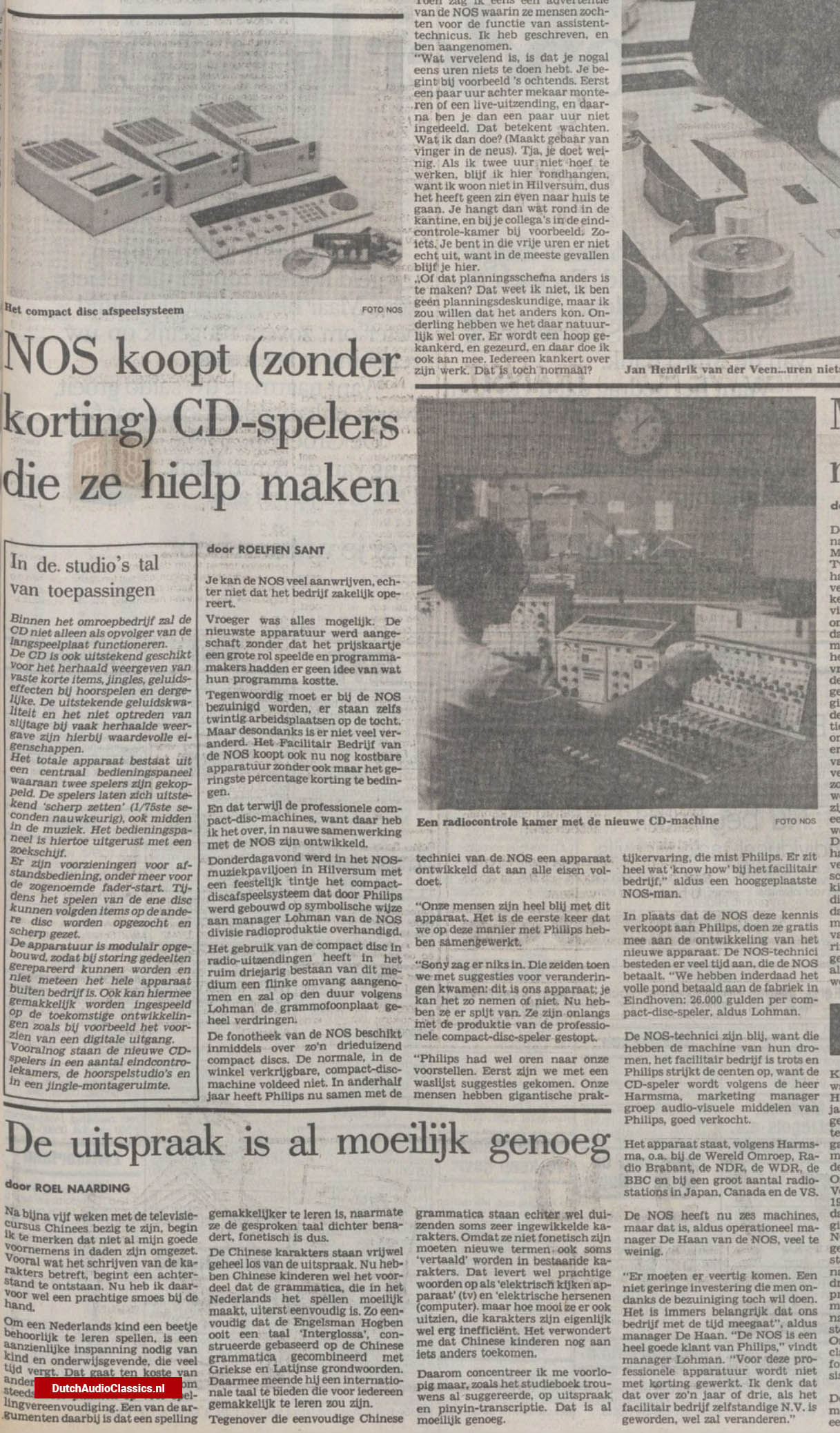