HILVERSUM - Sales of compact-discs are rising "explosively." About 2.5 million CDs will be sold in 1986, doubling sales compared to 1985. This is expected by the NVPI, an organization of the joint producers of image and sound carriers. Virtually all record companies are members of the association.

The figures in an NVPI brochure on the music sector refer to the cerste six months of 1986. In that period consumers bought 251 million guilders worth of sound carriers (including gramophone records, music cassettes and CDs). That is 6.4 percent more than in the ceremonial half of 1985.

The music industry was doing poorly for years. Last year saw the first increase in sales: eleven percent. This increase continues sharply this year, according to the NVPI: lThe music industry is out of the valley". The sharp rise in CD sales means that fewer LPs are being sold. Fewer music cassettes were also converted for the first time in 1986. Singles sales remained flat.

CD sales, however, more than made up for everything. One in five music carriers sold is a CD. Especially lovers of classical music are switching to CD purchases, according to the NVPI. The association is concerned about the position of the popular repertoire of homegrown music. In 1982, 30 percent of the total turnover in popular music came from homegrown music. That share is now only 17 percent. 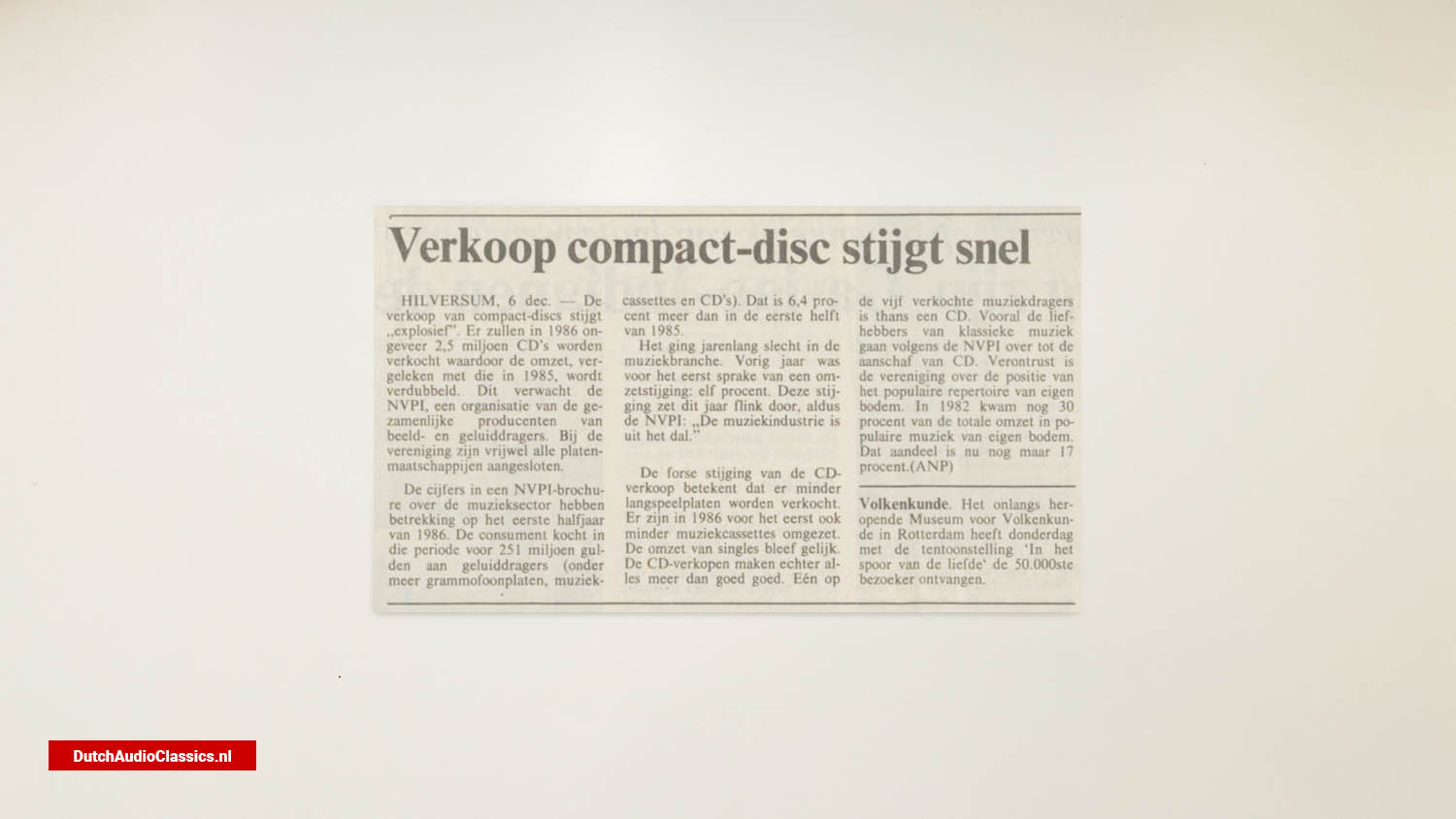