AMSTERDAM - Sony is provisionally on the losing side in the battle for the compact disc and compact disc player in the Netherlands. According to general manager Van Velzen of the Brandsteder company, Sony's Dutch importer, the Japanese electronics group's market share has declined from eighty percent at the beginning of this year to ten percent at present.

Van Velzen said this last Saturday in a broadcast of Tros Aktua-Radio. The importer attributes this development directly to the price war unleashed by Philips around the compact disc. To make it easier for this player, in which the needle is replaced by a laser beam, to find its way onto the Dutch market, Philips lowered the retail price early this year by about half. For the time being, the concern took for granted the losses this would cause, Philip's Board of Directors said in March when commenting on the 1983 annual report.

According to Van Velzen, Sony will enter the Dutch market this fall with new products to restore its competitive relationship with Philips. A Philips spokesman could not be reached for comment last night. 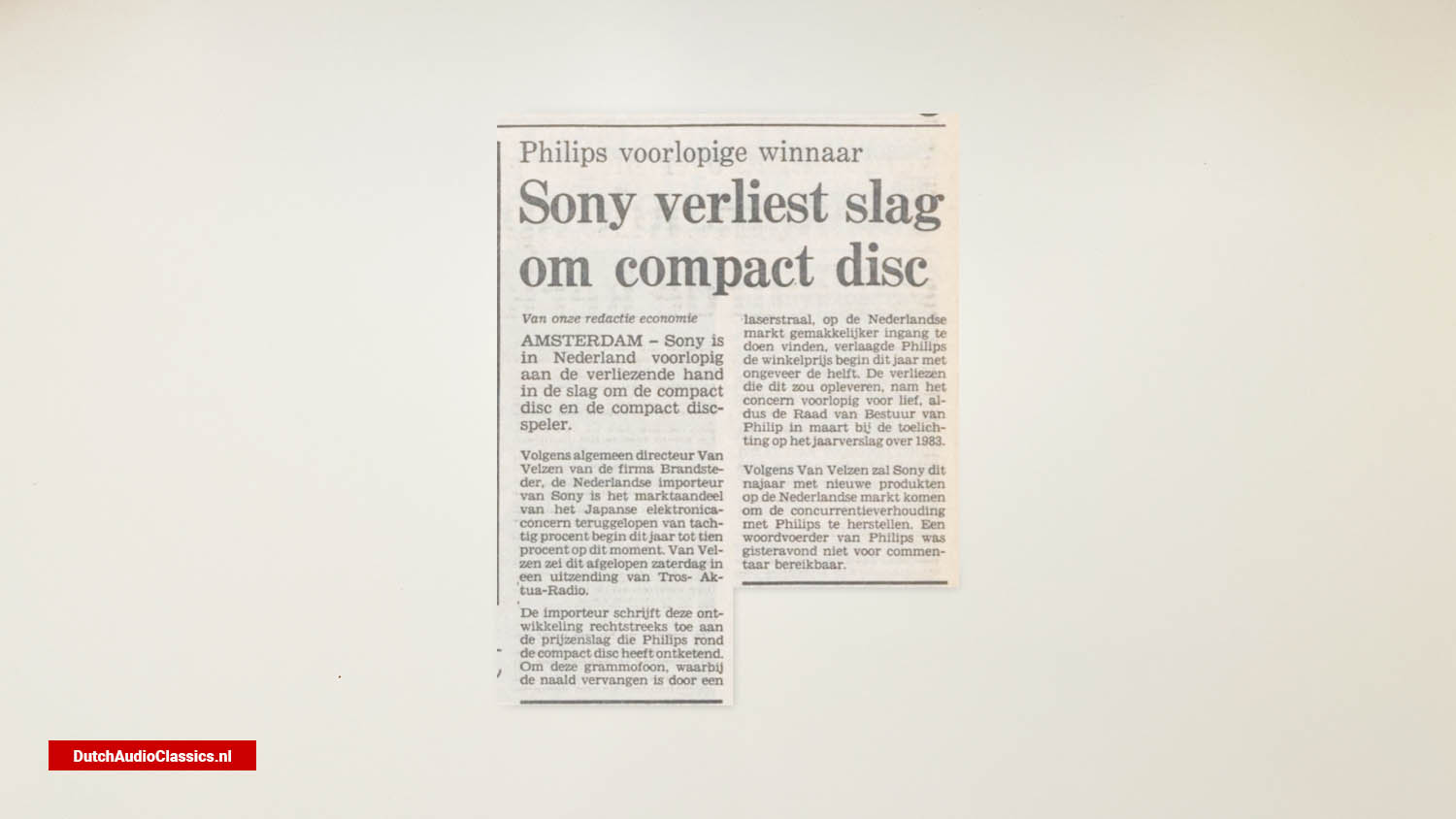