ROTTERDAM - The contours of a price war are visible around the compact-disc player, the advanced successor to the record player. Last week, a major retailer of sound equipment in Rotterdam dropped the price for the most basic model below a thousand guilders for the first time. Since last December, the prices of the device have gone down by many hundreds of guilders.

"Offers have become possible because production is now well under way." The Dutch importer of the Japanese brand Akai, Fodor, says that the prices of the compact-disc players did have to come down because sales stagnated. "Sales stood virtually still at the end of 1983," said an importer spokesman. We brought down the price of around 2,300 guilders that had been in place since the device was introduced a year ago. Now the compact-disc player is indeed selling considerably better."

"For now, we will remain at the price of around 1200 guilders. The successor to the current model will probably cost around a thousand guilders"

Sanyo The importer of the Japanese brand Sanyo is more cautious about the sharp price drops. "There is indeed too little demand compared to supply, which means we have been sitting with large stocks. We too have gone down many hundreds of guilders, but will remain at a price of around 1,300 guilders until Firato.

According to the importer, however, a lot will have to happen in the area of records for compact-disc players, which he says are still far too expensive to make the device really attractive. Currently, a compact-disc costs around fifty guilders for the classical repertoire and around 40 guilders for popular music.

Only the Japanese brand So ny says it has no intention of lowering the prices. "The market is developing according to our expectations. We are not suffering from large stocks. Perhaps through advancing and cheaper technology the price may drop, but that is not in the cards for the time being." 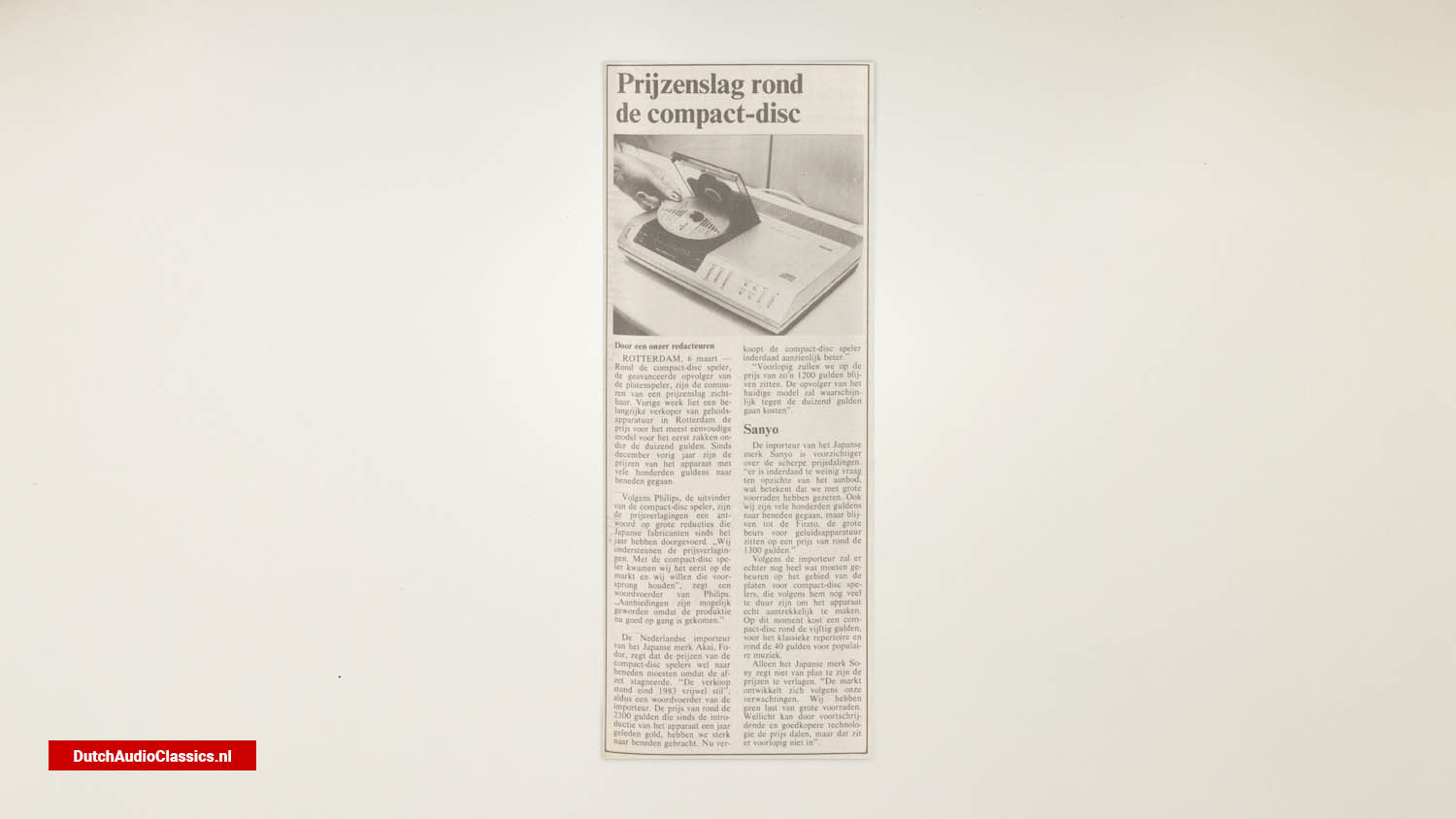