EINDHOVEN - Cooperation between Philips and Japanese company Sony has led to further improvements in the optical digital audio system announced by Philips last March. The improvements are mainly in the area of modulation and correction of anomalies, Philips announced.

The system, which uses digital techniques, has a wider frequency range with a much greater dynamic range and therefore much better sound quality with minimal noise. Although the diameter of the record (compact disc) is only 12 cm, one record side can hold 60 minutes of music.

This same system will also be used in the new video long-playing plates (VLP), which will be marketed in England in mid-1981 and then also in the Netherlands and Germany, according to a Philips spokesman. The optical digital audio system will be on the market after 1983.

Philips and Sony are now seeking support for their system. The system will be presented at a digital audio record standardization conference in Japan. All efforts will be aimed at gaining its acceptance throughout the world.

The American concern CBS will participate in further developments of the digital audio system. Furthermore, Polygram (a joint venture of Philips and Siemens), CBS and CBS-Sony will record their music programs on these compact discs. 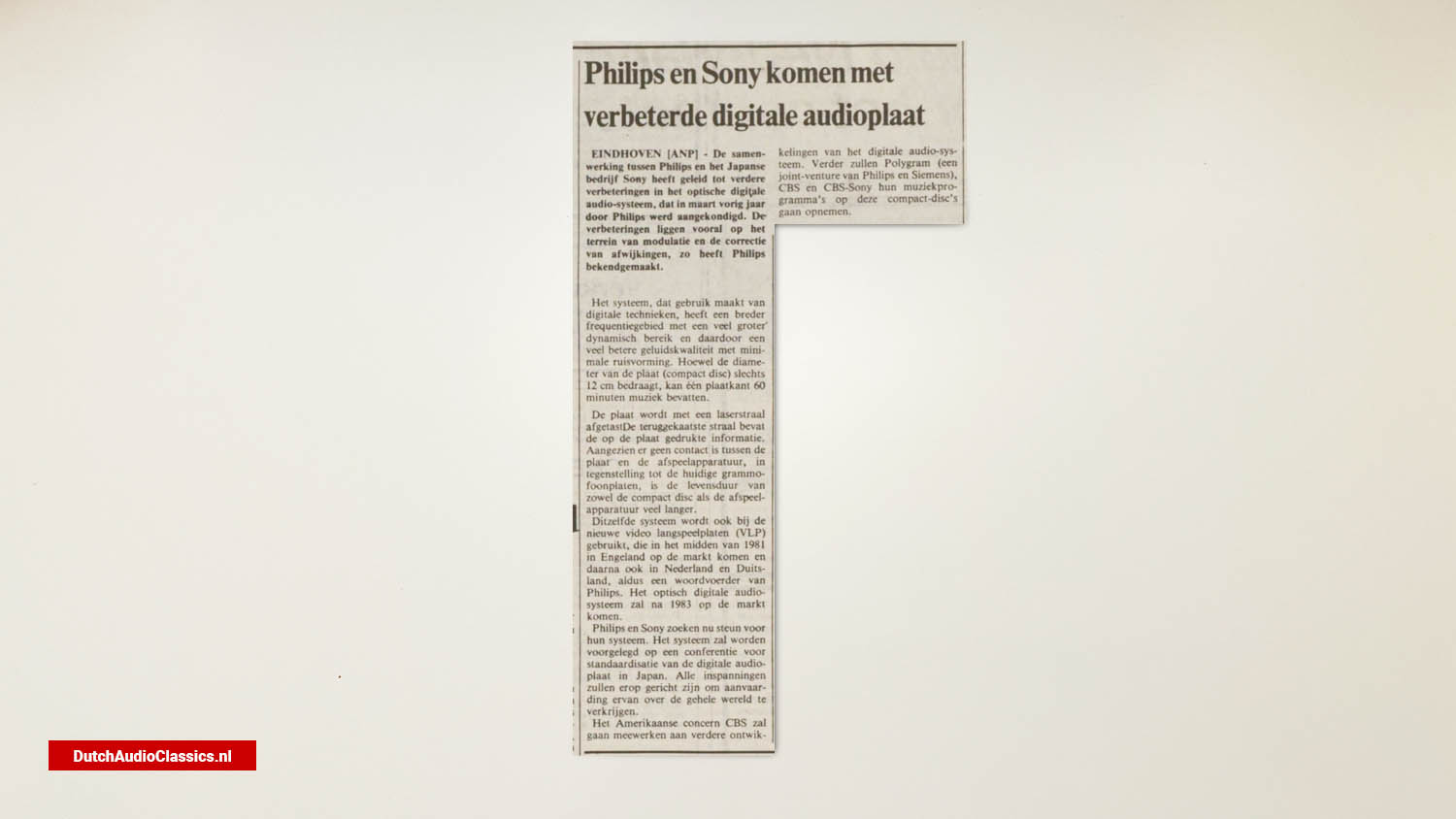