In about five years Philips will release a gramophone record with a diameter of only 11.5 cm for a maximum playing time of 60 minutes and an accompanying turntable in which a laser beam is used for recording. Whine and thump, in today's technology the result of speed differences at the beginning and end of the record, no longer occur in the new system.

Philips called the system "Compact Disc," which is digitally recorded on plastic and optically read out, "that can be connected to any amplifier for further sound reproduction. So revolutionary does Philips consider this further development of gramophone playing technology, first announced as early as 1973, that the concern believes that in ten years or so no more records and players will be built using current technology.

About the cost of the new equipment Philips cannot say much at this time. It is estimated that the record will be as expensive as today's record. The purchase cost of the player "would currently be around 500 guilders," said J. van Tilburg, Philips' director of the Audio Group.

The record does not consist of a long, sound-filled groove, but white several million "dimples." The sound inserted therein is read by means of a 4.5 cm laser beam. The reading is done from inside to outside, at a constant speed of 1.25 meters per second. To compensate for the speed difference between inside and outside, the rotational speed of the plate is reduced from 500 rpm to 215 on the outside during spinning.

The record, which incidentally can only be played on one side, cannot be damaged in normal use. Dust and the like do not seem to affect the sound reproduction. 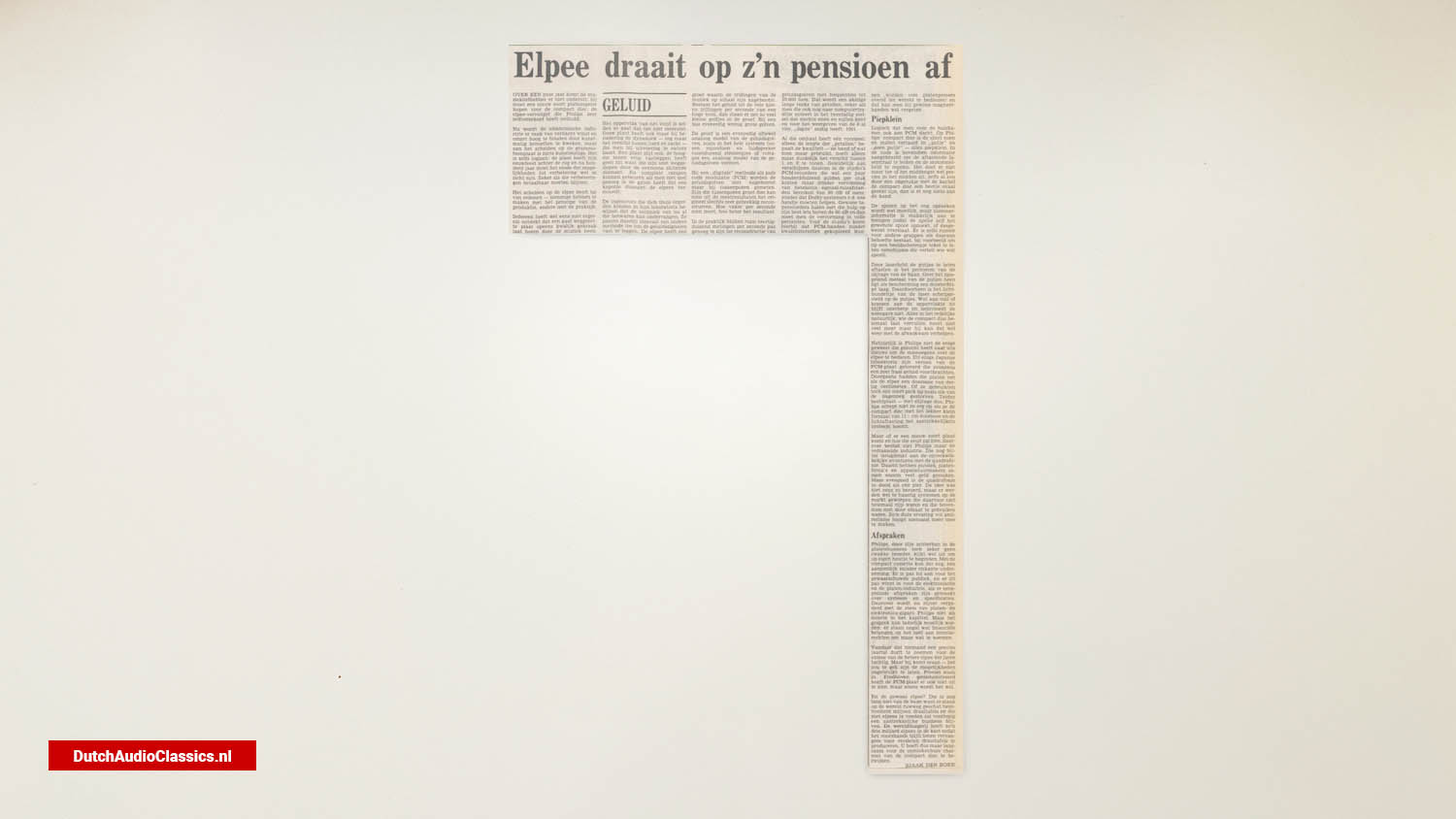