The music recorded in this disc is scanned by means of a laser beam. The thickness of the record is 1.1 millimeters. According to the developers, the new system offers great advantages. One such advantage is better sound reproduction. Perhaps even more important for consumers is that the new plate cannot wear out. After all, the scanning is no longer done mechanically, as is currently the case with records.

Dust, fingerprints and scratches will also no longer be able to affect the sound reproduction. Also the playback equipment the size of a normal cassette recorder can hardly wear out because of the absence of mechanical parts.

The system was developed on the basis of the results with the Video Long Playback Disc, which was launched in America last December and works on the same principle of laser scanning

Philips expects the Compact Disc, to become the hi-fi system of the future. The plant is in talks with other manufacturers of playback equipment and of records around the world, trying to achieve standardization, as was achieved for the compact cassette.

The price of compact discs will be about the same as that of a normal LP record. The playback equipment, when it reaches the market, will cost about 500 guilders. 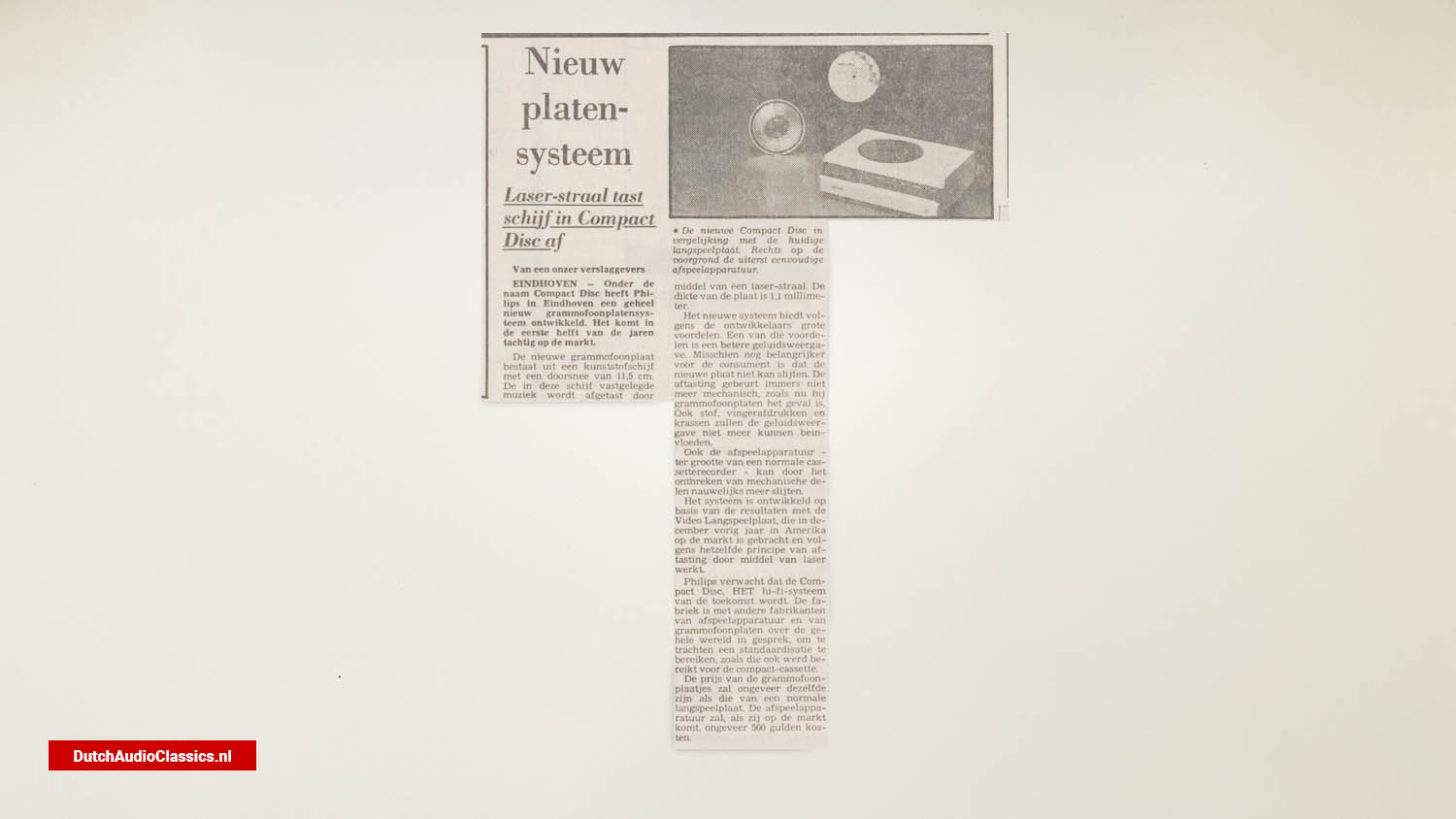