Some marriages are pre-arranged. Not all marriages are made up in heaven. Some are made by us. Our new 235 hi-fi system and the laser-read compact disc player, for example. Coupled, they will reproduce music precisely as the performer intended it to be heard.

And not just because we used the same design team who invented the compact disc. We've also given the 235 the very last word in speakers. Flat membrane units each capable of handling 50 watts. Speakers which unlike their conventional cousins, can also handle the full audio response produced by the compact disc. 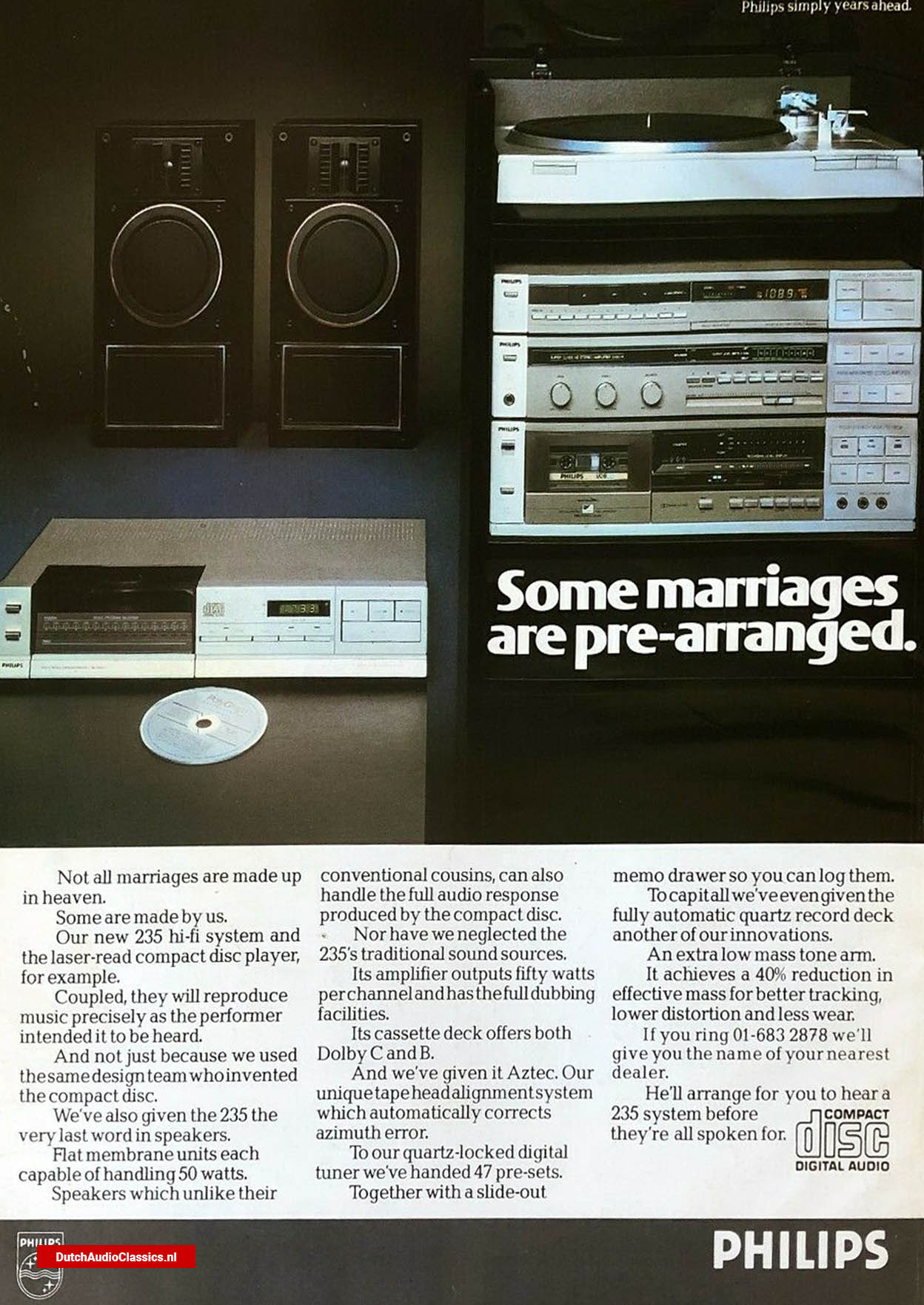 Nor have we neglected the 235's traditional sound sources. Its amplifier outputs fifty watts per channel and has the full dubbing facilities.

Its cassette deck offers both Dolby C and B. And we've given it Aztec. Our unique tape head-alignment system which automatically corrects azimuth error.

To our quartz-locked digital tuner we've handed 47 pre-sets. Together with a slide-out memo drawer so you can log them.

To capitall we've even given the fully automatic quartz record deck another of our innovations. An extra low mass tone arm. It achieves a 40% reduction in effective mass for better tracking, lower distortion and less wear.